Helping Others Face Cancer with Courage 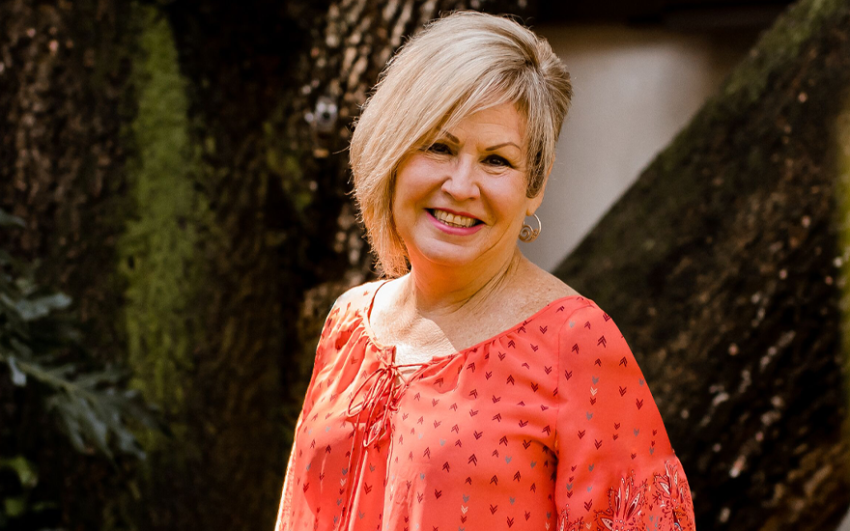 More than 20 years ago, Peggie Sherry found herself in a desperate situation. She’d been working for a company that operated a camp for children with cancer when she was diagnosed with cancer herself. But instead of offering support, the company let her go. Worse, they cancelled the upcoming camp, which had been sold out for months.

More worried about letting the campers and their families down than her own health, Peggie dipped into the inheritance left to her by her mother and established a new nonprofit, Faces of Courage. Before long, she had found a facility suitable for camp, hired staff and volunteers, and was once again able to give local kids with cancer the chance to feel normal for a few days. 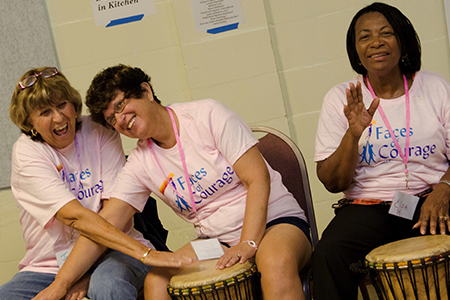 Within a few years, Faces of Courage had taken that same model and used it to provide teens and adults with a safe, fun, and motivational experience that helps both their minds and their bodies. Today, Faces of Courage and its team of more than 1,600 volunteer doctors, nurses, aides, cooks, drivers, therapists, speakers, and other professionals has served more than 11,000 cancer patients and their families. Since camps are run strictly on gifts of money, time, and in-kind-donations, no one has ever been charged for any Faces of Courage program.

This is why the Nation of Neighbors℠ empowerment grant came at precisely the right time. In 2018, due to lack of funding, the organization was unable to offer a cancer camp for teens. Thanks to Royal Neighbors, Faces of Courage was once again able to offer this camp.

Teen Camp fills a particularly important need. Unlike the other campers, who are dealing with cancer in real time, most teen campers are facing a very different issue: the late effects of the chemotherapy and radiation that was used to treat their childhood cancers.

According to the National Cancer Society, advancements in cancer detection and treatment mean that about 80% of children diagnosed with cancer survive into adulthood. The challenge is that many of these survivors find themselves dealing with late effect health problems such as cognitive impairments, vision problems, disfigurement, bone pain, chronic shortness of breath, and other health issues that stem from the therapies used to treat their childhood cancer.

Camp is the one place where teens who have been through so much can take a breather. Even better, since many teen campers were also campers during childhood, Teen Camp is an opportunity to rekindle relationships. Add to that a safe environment where no one stares at them or makes them feel bad, and it’s easy to see why teens look forward to their camp weekend. 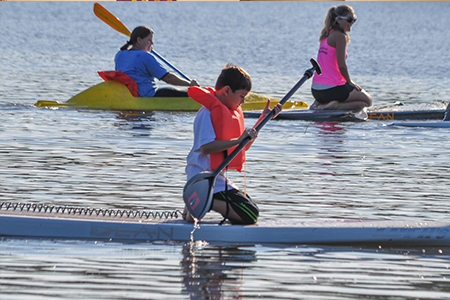 Held in August of 2019, the Royal Neighbors-sponsored Teen Camp was an overwhelming success, balancing the flat-out fun of games like cornhole and basketball, are art projects, drumming, movies, fishing, canoeing, kayaking and, thanks to specially-trained lifeguards, swimming. With motivational speakers and, for good measure, an ice cream social and a dessert bar, there’s something for everyone.

“It’s hard to explain the importance of camp for these sick kids and for their parents,” says Peggie. “For the campers, it’s really the only fun part of cancer. For the parents, it’s the one time they can actually be off the clock. Most people don’t realize it, but when you have a child with cancer, you could find yourself at any time having to rush to the hospital or deal with a doctor. The stress of always being on your game is incredible. The parents need a break as much as their children do.”

For adults with cancer, the organization provides not just overnight camps, but workshops, makeovers, spa days and outings, such as a sunset cruise Peggie organized for a group of female cancer patients. “It was one night out, but it was a positive experience during a difficult time,” says Peggie. “So many people came together to make it happen. It was an amazing evening.” 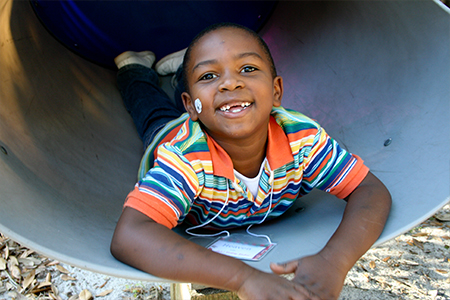 A recent addition to the organization’s camp series is a program for Women of Color, which Peggie launched after a conversation with a surgeon about why more African American women were not registering for programs. “He told me that women of color have their own ways of dealing with a cancer diagnosis and, if we wanted to serve as a resource for them, we’d need to develop a program that speaks directly to their needs,” she says. “So we did. It was an immediate success. I’m always so thrilled when I see that our camps have filled a need.” 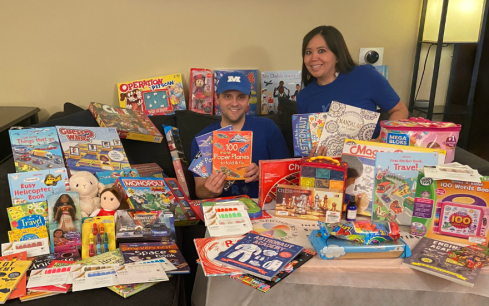 Employees that report 100+ volunteer hours in a single year are inducted into the Royal Neighbors Century Club. 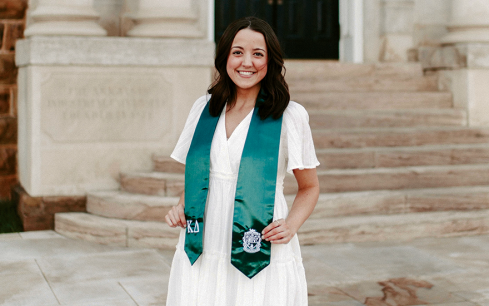